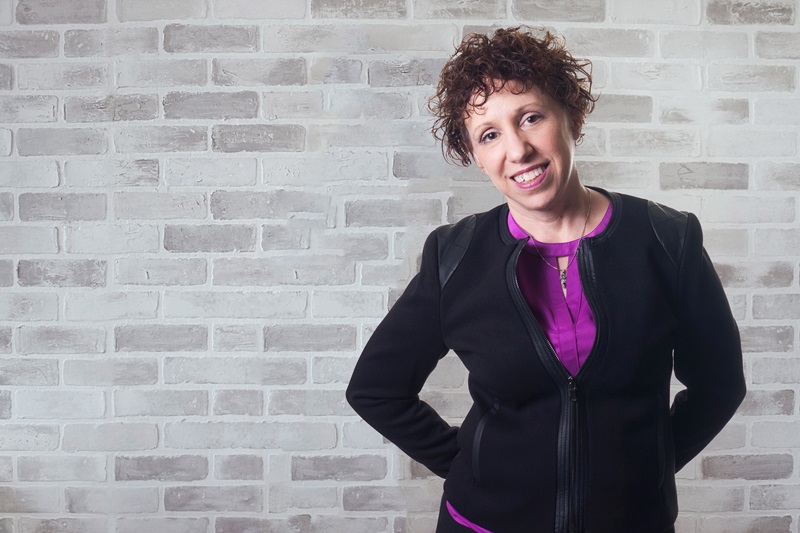 Dr. Mara Karpel  is a Clinical Psychologist, Speaker, Author of the International Best-Seller, The Passionate Life: Creating Vitality & Joy at Any Age, which was published in 2018 and just recently launched on Audible. Dr. Mara is also the host of the internet radio show, Dr. Mara Karpel & Your Golden Years, she’s been named the “Passionate Living Motivator” for the organization, Compassionate Austin, and she’s a contributing blogger to Thrive Global, Huffington Post , Sivana East and Medium. Dr. Mara has been working with adults of all ages for over 30 years, and has specialized at working with seniors, caregivers, and veterans.

Mara speaks on a number of topics, including:

Finding Peace Within a World of Uncertainty 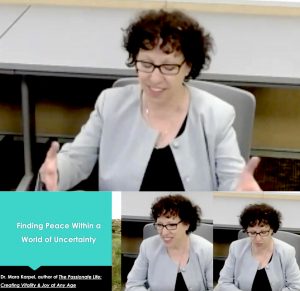 Throughout the pandemic, most of us have had to cope with multiple losses, including loss of loved ones, economic loss, or loss of the ability to do the things that we enjoyed and follow our passions. Then, just as we thought we were emerging from this stressful global pandemic, war broke out in Ukraine and continues endlessly. This has significantly turned up the volume of stress, anxiety, fear, and depression in many. Ignoring our pain won’t make it go away, but having such a large amount of distress can paralyze us, so that we can be of no help to our communities and families, people seeking refuge around the world, and, least of all, ourselves. Dr. Mara will discuss some strategies to find our inner peace within such an uncertain world, so that we can then “be peace” in the world, return to our passionate selves, and help each other.

The psychological research has found that millions of adults will experience depression at some point in their lives and that 50% of people dealing with depression also have an anxiety disorder. The World Health Organization has found that the Covid-19 pandemic increased the prevalence of, both, anxiety and depression by 25% worldwide. And there has already been some preliminary research that has shown the increase of depression in Russian-speaking Holocaust survivors in the U.S., since the beginning of the War in Ukraine.

According to the NIH, late life depression, because of its devastating consequences of increased risk of morbidity, increased risk of suicide, and decreased physical, cognitive, and social functioning, is considered a public health problem. Depression in older adults often looks different than it does in younger adults and, because of that, frequently goes unrecognized, misdiagnosed, and under-treated. Understanding the ways in which age may affect the factors associated with depression, how depression (and anxiety) appear in older adults, and strategies for prevention, especially during this stressful time, are all necessary for the physical and emotional well-being of our elderly community.

Dr. Mara will speak about depression (and anxiety) in the elderly, recognizing and preventing it. 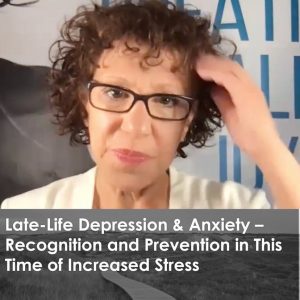 Thank you Dr. Karpel for spending time with the Network of Jewish Human Service Agencies Older Adult Services Professionals Affinity Group. Your knowledge of depression in Older Adults is evident. Life is certainly not easy these days what with the War in Ukraine and many of our clients have family and friends there. Your understanding of the enormity of the situation and the strategies you gave us will help us to identify these in need of more attention. I also liked the concrete tools you gave us at the end of the session, to not only work with our clients, but to better ourselves.

Thank you for coming to the Older Adult Affinity group of NJHSA.  There were so many positive comments regarding your presentation as it was very pertinent to our population as well as the challenges that people are facing over the past two years.  Your presentation was informative and provided so many key points in helping to identify someone who is older that could be suffering silently from depression.  You have opened the eyes of many people which I am sure will result in some positive benefits to our clients as well as family members.

The Passionate Life: Creating Vitality and Joy at Any Age

No matter our age we can be living a joyful vital life. In this presentation, I share a wealth of information on how to create a life you love and to be healthy in the process.  I cover:
Participants will leave with:

The Power of Humor for Healing

Humor is one of the most powerful ways to break the cycle of negative thinking and it’s resulting depressed or anxious mood. Humor interferes with that downward spiral of energy-zapping thoughts, by helping us to notice the absurdity of situations that may anger or threaten us. Laughter creates positive emotions, such as joy, amusement, hope, confidence, and overall well-being. Here I cover:

Participants will leave with ways of making themselves laugh, when they don’t feel like laughing.

Realistic Optimism is Good For Your Health

Optimism leads to a more positive mood and defeats feelings of depression. Being a realistic optimist means we’re aware of challenges, that we know we need to take the appropriate actions in order to achieve what we want, and that we focus on looking for the best steps to take and, conversely, that we work on accepting those things that cannot be changed. In this chapter, I discuss the myriad of health and mood benefits of optimism.
Participant will learn how to:

The Power of Generosity without Expectations

Numerous studies have found that there are many benefits to being generous. However, the benefits are only experienced when we expect nothing in return. Here, the benefits of giving without expectation, are explored, including how it adds meaning to our lives, including:
Promotional Experience and Speaking Engagements